Ontario’s automotive sector has always played a crucial role in the Canadian economy. With over 100,000 auto-related jobs across the province, investing in the sustainability and advancement of the auto industry is vitally important – which is why we are excited to hear about Ontario’s new Automotive Modernization Program.

Aimed at helping Manufacturers adopt new technologies quickly, the new program provides eligible manufacturers with a grant up to $100,000 to support purchases and projects that fall under one or both of these two categories:

This program has made emerging technologies significantly more attainable for manufacturers considering a digital transformation. You can now reap the benefits of Industry 4.0 for a fraction of the cost by implementing any of our advanced manufacturing solutions. Whether you are looking to use machine monitoring, downtime tracking, or a customizable API – you could be eligible for a grant up to $100,000 . With our state-of-the-art data visualization software and extensive suite of machine monitoring solutions, you can begin your digital transformation while maintaining eligibility for government funding.

“What gets measured gets improved”. Our IIoT solutions help you measure everything you need to measure to improve, including establishing an empirical baseline for where you are today. Our visualization tools will drive productivity improvements right away, and our reporting tools will help you identify the things that need to be done to get even better. If you have been considering a FreePoint system in your plant, there has never been a better time, so reach out to us today!

Check out the following links for additional information:

Just in case you don’t know the term, “hitting the Trifecta” is an expression used to describe the ultimate winning bet on a horse race. It refers to picking the top 3 finishers of the race, in the correct order. Since the odds against doing so are extremely low, the winning payouts are often extremely high. If you picked the right horses in the right order, a two-dollar bet could return a 4-digit payout.

Wouldn’t it be great to know which 3 horses to bet on, and in which order?

In many manufacturing companies in North America today, there are many competing ideas and priorities being considered by companies:

There is an approach that your manufacturing company can follow to “hit the trifecta”. It’s a simple 3 step process. The first step is easy, and relatively low cost. The second step requires a bit more effort but is risk mitigated because it is based on the results delivered in step 1. The third step requires the most investment, but since it is based on the results delivered in the first 2 steps, it is not only risk mitigated, but the cost of the investment may have already been paid for by the results of the first 2 steps. Picking the order is just as important as picking the horses.

I want to show you how you can hit the trifecta in your plant.

Pulling off the Manufacturing Trifecta 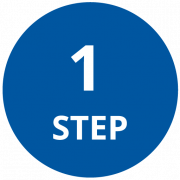 Step 1: Establish an empirical baseline to truly understand the critical “value-adding” activities on your plant floor. This is done simply by connecting your machines to FreePoint’s ShiftWorx system. It is remarkably inexpensive and can be typically be done in less than an hour without modifying the machine or your current infrastructure. Within 30 days of placing this small bet, you will not only have established an empirical baseline of your plant, but you will also have given real-time visibility to the plant that puts everyone on the same page, aiming for the same thing you are: productivity and profit improvement. 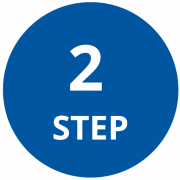 Step 2: Engage your people in the process of improvement by using FreePoint’s Narrative software. You will now be collecting all the information you need to determine all the reasons your equipment and processes aren’t running as effectively as they should be. And more importantly than that, you will have made your people a part of the solution and improvement process, every hour of every day. They will be engaged. FreePoint’s Narrative software is embraced by workers when they conclude that management is not monitoring them, but rather listening to them. This is a powerful game-changer for many companies, especially those companies where people are their biggest input cost. Those same people can also be their biggest asset. 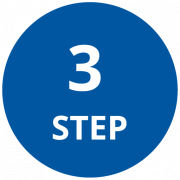 Step 3: Connect your live, empirical machine data, and your fully engaged people, to your schedule and workflow plan dynamically – in real-time. Most plants use a combination of accounting systems, whiteboards, even excel spreadsheets, to plan and then report on the performance of their productivity. Some may have an ERP system deployed and some may even be considering an MES system. The problem with most ERP and MES system deployments is that it represents a single, very large bet, that will take a very long time to pay out if it pays out at all. FreePoint’s approach is to use what was gained (knowledge, insight, plus early financial payback) from the first 2 stages, tying them together in a process using visualization tools that line up with your plant’s current effective processes. Placing a bet on a system that takes years to fully implement and requires your manufacturing processes to be modified for the system to work is not just a bad bet, it’s often a losing bet. 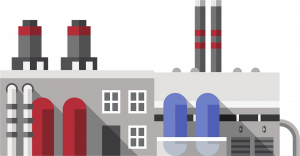 There it is, now you have the knowledge on which horses to bet on! Our suggestion: bet on achieving empirical data first, engaging your people second, and digitizing your plan third.

Call FreePoint to get started today.

Fortunately, manufacturers can leverage industry 4.0 as a driver for growth as well as productivity; with machine monitoring technology, you can unlock the full potential of your factory, and those who operate within it.

Machine monitoring provides a long list of benefits to manufacturers, these benefits result in increased production capacity and increased profitability. For a real world example, a client of ours managed to improve overall efficiency by a 69% in just 1 year – saving roughly $325/day without increasing personnel or machines.

Read below to learn the 4 ways to increase productivity without hiring new employees or procuring new equipment.

Employee engagement through machine monitoring is focused on inviting collaboration between management and machine operators. It is not a “big-brother” tactic, quite the opposite actually, by showing employees how their contribution affects the big picture, you help unite management and plant employees working towards the same goals.

Using visualized dashboards, employees can easily see their role in the manufacturing process from a data perspective – which helps them fully realize the value of their contribution. This can even evolve into a “gamified” environment, as employees compete to see who can be most productive. This encourages employees to constantly improve, as they can now view their performance in real-time.

Machine monitoring allows for real-time narration of downtime, another way a manufacturer can leverage IIoT to increase production capacity, without increasing headcount. Not only is downtime narration critical for plant managers seeking seamless production, it’s also a strong motivator for employees as well. Obtaining insight into what causes delays allows employees to better understand the impact of any delays in their work station.

It’s important to understand all data is good data. Even unexpected downtime or broken machines can give you valuable insight into your process. With proper real-time narration, managers can identify and mitigate root causes of machine downtime, as well as highlight strong points in the production chain.

Like we mentioned earlier, machine monitoring provides valuable insight into your manufacturing processes, one of those insights is bottleneck identification. When one process is being delayed due to another person or machines performance, you know exactly where along the workflow the delay is occurring – empowering you to address the problem in real-time, and create fixes to prevent it from happening in the future. By proactively identifying holdups in your process, you are better positioned to make actionable changes to your workflow that will increase both efficiency and productivity.

Machine monitoring also enables a more proactive approach to machine maintenance. Rather than having to wait for someone to notice a machine is broken, then communicate that to management, you can get real-time alerts as issues arise. That means a significantly faster response time when a machine unexpectedly goes down, and a much quicker fix. It all comes down to maximizing machine uptime, the more value-added time that a machine contributes, the more efficient your plant becomes.

Are you ready to Increase your Production Capacity without Adding more People or Machines?

With FreePoint’s globally deployed solution, manufacturers are seeing near-immediate benefits to their processes. Increased efficiency, mitigated machine downtime, and improved employee engagement are accessible benefits to all those willing to shift into the IIoT world.  Machine monitoring not only helps management make more informed decisions, it also provides real-time visibility into individual contributions and the entire production process overall.

If you’re interested in saving time and money, being proactive about your machine maintenance, and gaining total transparency into your entire production process, you should consider making the transition to industry 4.0.

FreePoint’s Notifications product uses the ShiftWorx platform to send out alert messages by e-mail or SMS text message when a specific machine condition has been met. These conditions are typically when a machine is off or not performing as expected.

END_OF_DOCUMENT_TOKEN_TO_BE_REPLACED

As a growing company that strives to think globally and act locally, FreePoint recognizes the importance of establishing permanent offices closer to the major markets and customers we serve. FreePoint recently opened its first US office, strategically located in the Seattle area. With existing offices in London, Ontario and Toronto, FreePoint looked further west for the site of its next office. Seattle is a gateway to Asia and the South Pacific, where FreePoint has a growing number of customer installations, and closer to FreePoint’s existing customers in Mexico. Washington state is also a major force in the Internet of Things (IoT) market and is home to cloud providers Amazon (AWS) and Microsoft (Azure) as well as major facilities for Boeing and many other aerospace manufacturers.

FreePoint Senior Vice-President John Traynor is responsible for growing and expanding FreePoint operations globally and will be based in the Seattle office. He has lived in the Seattle area for nearly 20 years and is a member of the Washington State IoT Council. John recently spoke at the Intelligence in Data Symposium held at the University of Washington. His presentation titled “Realtime Data in Industrial IoT” addressed the importance of getting meaningful live information to people on the plant floor so they can take action right away to improve manufacturing operations.

LONDON, Ont. and ATLANTA, Jan. 30, 2019—FreePoint Technologies, an award-winning provider of software for the Industrial Internet of Things (IIoT) to manufacturers worldwide, today announced that it has entered into a strategic relationship with TexTempo, a leading provider of software for labor efficiency tracking in the soft goods industries. Through this partnership, TexTempo will bring new capabilities for machine monitoring, downtime tracking, and operating efficiency to its existing portfolio of labor efficiency and payroll processing products.

END_OF_DOCUMENT_TOKEN_TO_BE_REPLACED

LONDON, Ont., Jan. 9, 2019—FreePoint Technologies, an award-winning provider of software for the Industrial Internet of Things (IIoT) to manufacturers worldwide, today announced that it has acquired CoreSolutions, a software development company with offices in London, Ontario and Toronto. Through the acquisition, FreePoint will accelerate the development of its industry-leading ShiftWorx platform for machine monitoring in manufacturing while providing enhanced flexibility for configuration and customization to meet enterprise customer needs.

END_OF_DOCUMENT_TOKEN_TO_BE_REPLACED

The business of manufacturing is rapidly evolving. Being coined the Fourth Industrial Revolution, or Industry 4.0, it’s all about retrieving big data that couldn’t be accessed before. By bringing the Industrial Internet of Things (IIoT) into factories across the globe manufacturers can streamline production and push products to market faster. Are you ready to gain a competitive edge?

END_OF_DOCUMENT_TOKEN_TO_BE_REPLACED

The face of manufacturing is changing. As older workers retire, millennials (aged 18 to 35) are the biggest workforce available to manufacturers today. Is your plant ready?