Intel, the Silicon Valley-based computer chip maker, has been working with Oregon blueberry farmers and fruit processers this year in an effort to refine its supply chain for cold chain uses. And when we say “cold chain,” we are talking about the low-temperature range variety and the series of actions and equipment applied to maintain products throughout a cold temperature-controlled supply chain.

Blueberries require a lot of care to maintain their quality

Blueberries are highly sensitive food products that demand the utmost care, and a blueberry supply chain is a high stakes business. One snag, one malfunction or one technical failure, can mean catastrophic losses.

“It’s easy for people to think of a produce truck as not really high value, but the value of a blueberry truck could be over $100,000,” Aaron Ensign, president of fruit distributor Curry & Co., told a ZDNet reporter. “So it’s a significant investment. And ensuring that you’re optimizing that value and that you’re protecting that value throughout the supply chain, is really critical.”

ZDNet reports that the cold chain market is expected to be worth $447.50 billion by 2025. Intel is no company to sit on the sidelines and watch the Internet of Things (IoT) pass it by. The chip maker is investing in things like sensors that can be deployed as far away as a blueberry patch in Brooks, Oregon or a shipping vessel on its way from Oregon to Indonesia, as well as blockchain platforms for building distributed ledger networks.

From its various distribution centers, Curry & Co. exports produce to about a dozen countries around the world, 52 weeks out of the year. The berries can be in shipment for weeks at a time. If their climate-controlled environment is compromised, no one may realize it until the shipment arrives at its destination, spoiled.

By contrast, Ensign said, “let’s say that we’re shipping a load of blueberries to Dallas. If we see in real-time that there’s been a disruption in temperature, we can then react to the situation. We can say, ‘Let’s put another load on the highway, and let’s divert that shipment to someone who’s going to process and perhaps freeze it, or make juice or something else.'”

It’s blockchain technologies that help to maintain accountability. If, for instance, a customer lets its shipment of berries sit out in hot temperatures for hours after its arrival, Curry & Co. can be sure it’s not at fault for the berries’ quality.

Quality assurance isn’t just an issue for individual farms or distribution companies, but for the state as a whole. Agriculture is a major part of the economy in Oregon, and the state produces more than 100 million pounds of blueberries a year.

“American farming is about trust, honor, and integrity,” Ensign said. “Any time we can incorporate technology” to build that trust, he said, “that’s huge.”

Most people have heard of BITCOIN but many have not heard of the platform infrastructure on which the currency is built – “blockchains”. 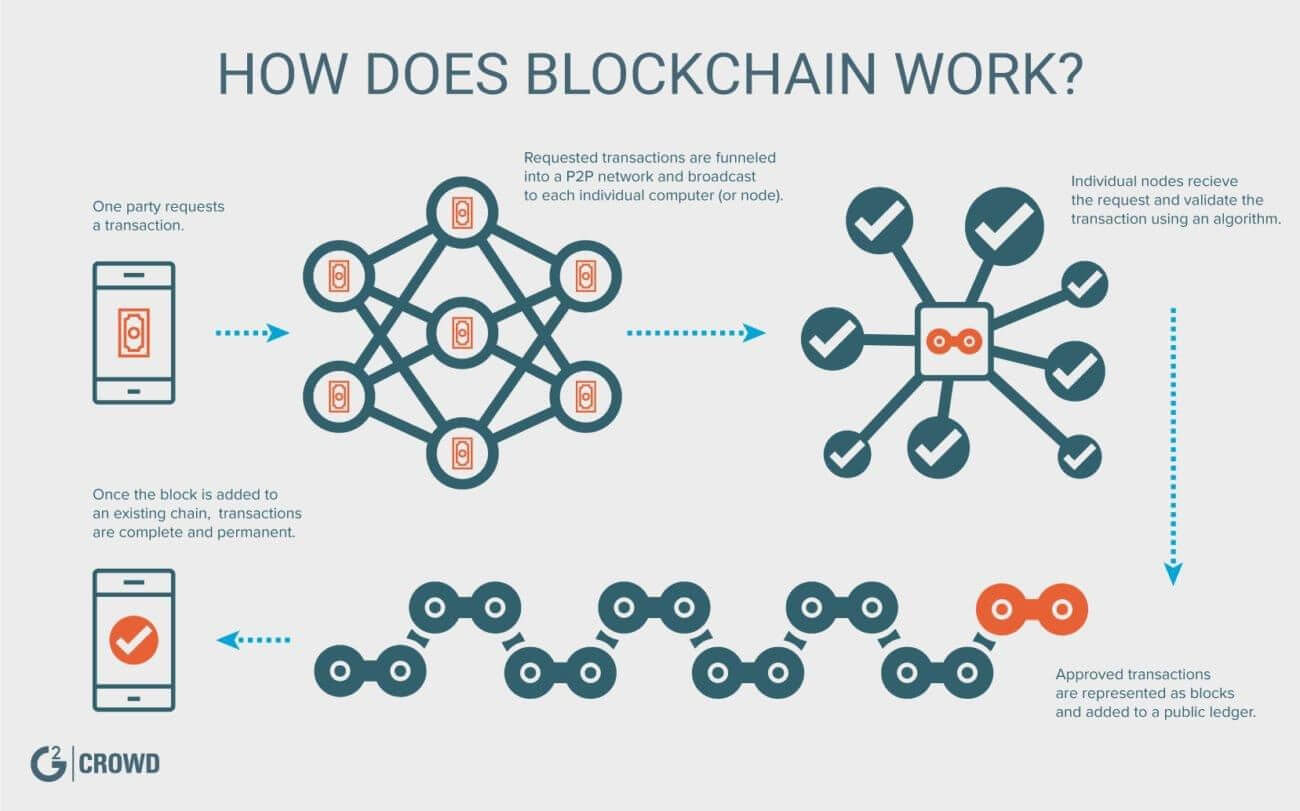 Simply put, a blockchain is a public digital ledger or public record of online events which can be used to store and record transactions. As records along the chain are stored and distributed across all the different parties or nodes in the network, it is extremely difficult to falsify records, making the blockchain a more secure and transparent way to record transactions and service records. It can only be updated by consensus from a majority of the users in the system. Additionally, once entered, the history is permanent and can never be deleted, ever.…a blockchain is a highly-distributed, leaderless, jurisdictionless, identityless, nearly anonymous, decentralized architecture for managing ownership.

As a result, the blockchain possesses applications outside of cryptocurrency exchanges. Think manufacturing and supply chains. More on this later. 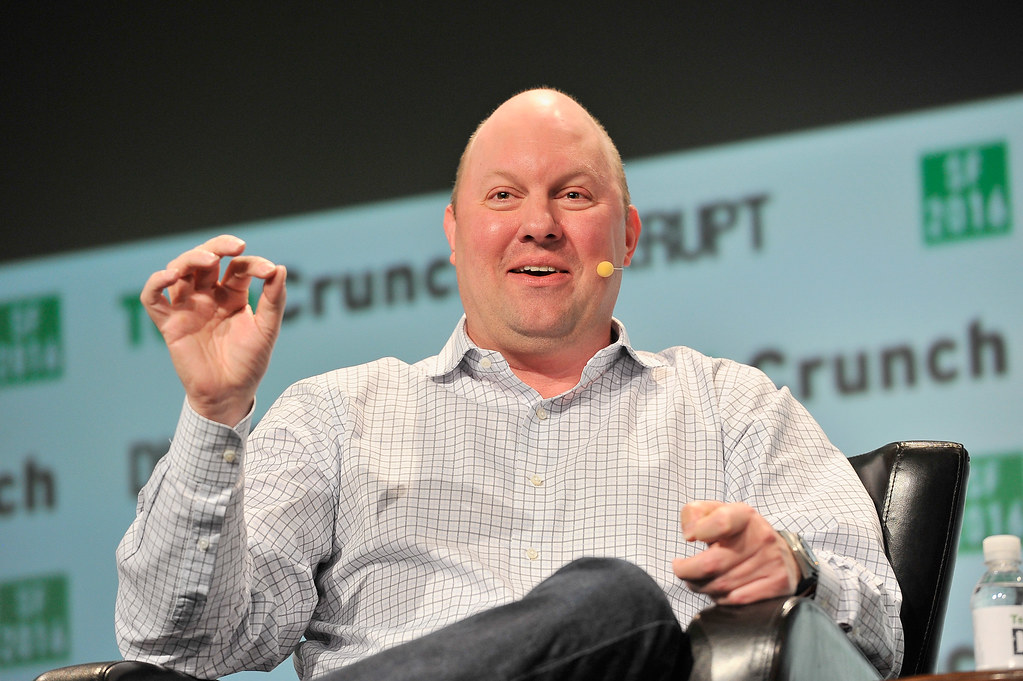 Marc Andreesen, one of Silicon Valley’s most influential venture capital investors and Web browser pioneer thinks the blockchain is the most important invention since the internet itself.

“So the really new disruptive technologies come from the fringe,” Andreesen told the Washington Post. “No big technology company thought the Internet was going to be important, right up until basically 1995 or 1996.”

WP (Washington Post): So the business opportunity posed by this “distributed trust network” — as an investor, what do you see that you could potentially —

Andreesen: Hundreds of thousands of applications and companies that could get built on top.

WP: Is this, like, a billions-of-dollars kind of industry?

Digital stocks. Digital equities. Digital fundraising for companies. Digital bonds. Digital contracts, digital keys, digital title, who owns what — digital title to your house, to your car… it’s all digital, and it’s all unique, and it can’t be cracked. You’ve got digital voting, digital contracts, digital signatures. You’ve got unique pieces of digital content. If you guys wanted to know exactly who had every piece of content you ever made, you can track that. It’s this long list. And then every aspect of financial services: insurance contracts, insurance derivatives, currency exchange, remittance — on and on and on. It gives you a chance to basically go after this very broad category of online business in a new way. And, by the way, if we had had this technology 20 years ago, we would’ve built it into the browser.

E-commerce would’ve gotten built on top of this, instead of getting built on top of the credit card network. We knew we were missing this; we just didn’t know what it was. There is no reason on earth for anybody to be on the Internet today to be typing in a credit card number to buy something. It’s insane, because — which is why you have all these security problems…. And these high fees, this high fraud rate. It doesn’t make sense online to have a payment mechanism that requires you to hand over your credentials to make a payment. That’s just an invitation to fraud and identity theft. It’s just stupid.

Andreesen: I have a lot of friends who are programmers. The programmers have always gone like, ‘Those [Bitcoin] guys are crazy.”

And then, almost 100 percent of the time, they sit down, read the paper, read the code — it takes them a couple of weeks — and they come out the other side. And they’re like: “Oh my god, this is it. This is the big breakthrough. This is the thing we’ve been waiting for. He solved all the problems. Whoever he is should get the Nobel prize — he’s a genius. This is the thing! This is the distributed trust network that the Internet always needed and never had.”

So does blockchain integrate with manufacturing?

According to Forbes contributing writer Louis Columbus, blockchain very much fits into the manufacturing world in the near future.

In part 2 of this series on blockchain coming up next, we take a deeper dive into blockchain benefits and ROI.