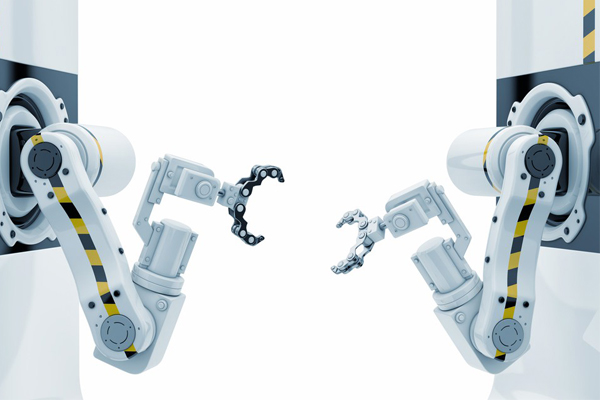 By nature of the industry, manufacturing has always been an early adopter of new technologies as and when they happen. We’re seeing some amazing innovations enter the arena that are revolutionizing our processes to increase efficiencies, and employee engagement.

There are often countless micro-protocols to navigate within many factory processes, and it’s these disparate operations that lead to inefficiencies: unnecessary procedural repetition, unplanned outages, and employee boredom.

Lacking a universal vision of factory processes can lead to the failure of the entire operation if just one element becomes unexpectedly interrupted. Perhaps a machine breaks down because it hasn’t been correctly maintained, halting the entire operation; or one device begins to over- or under-produce. New technologies provide an overview of the whole process so that that maximum output can be consistently achieved.

So, here’s a precise of how technology is transforming manufacturing from an industry notoriously caked in grease, dangerous processes, and meaningless, repetitive human tasks; to a safe, attractive employment environment, creating new possibilities for people and efficient processes that exceed what you thought previously impossible.

Automation is nothing new in manufacturing – it’s been around since the industrial revolution. The first round of automation was met with massive swaths of protest, resulting in groups such as the Luddites setting out to smash machines introduced into the textiles industry in the 19th century. The fear was that machines would claim jobs from the workers – and to a certain extent, they did. But as with all change, people get used to the idea, and automation slowly became an integral aspect of the industry.

The latest innovation in manufacturing has been around in industries such as car building for years: robots. Again, we face the habitual fear that robotics diminish opportunities for human workers, but in actuality, human labour often seizes the opportunity to move into other areas of the same business, presenting scope for career development.

Humans are still much more adaptable than robots, so people will always be the essential cog in the wheel.

Repetitive tasks are being outsourced to robots who can perform them more safely and more consistently than humans, but, for the time being, humans are still a valuable resource.

The Benefits of Robots

Of course, robots don’t need to take breaks, and never have to take an unscheduled day off because their child is sick. They can work consistently all day through and, as long as they’re regularly maintained, are reliable and efficient. 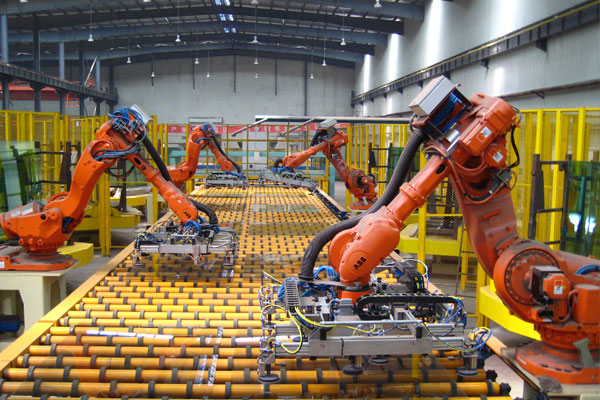 By 2019, more than 1.4 million new industrial robots will be installed in factories around the world. (International Federation of Robotics)

Processing power is doubling each year. Quantum technology continually diminishes the size of computer chips and processors, so the potential for calculation and prediction has accelerated way beyond previous expectation. 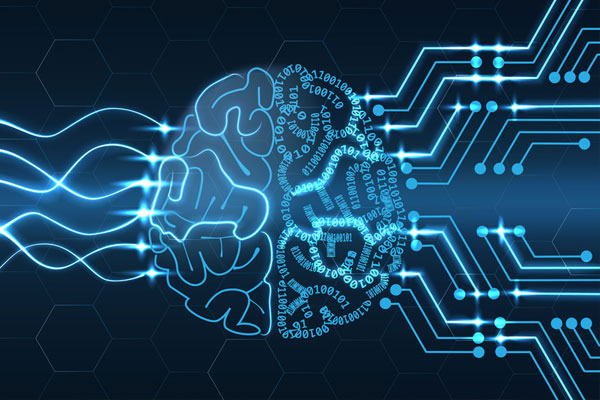 Back in the 90s, Ray Kurzweil predicted that computers would become artificially intelligent by the year 2045, stating that to simulate the human brain you’d need around 10 quadrillion calculations per second (cps). Kurzweil is well-known for the accuracy of his technological predictions – however, he massively underestimated the rate of advancement in AI. The fastest computer currently on the planet can handle 33.8 quadrillion cps, meaning we’re progressing at an unprecedented pace.

So, AI in manufacturing is an inevitability.

Regardless of the nature of your manufacturing business, data is the driver that helps to increase efficiencies. Data can facilitate a universal overview of your entire process infrastructure, ensuring that you make thousands of micro-efficiencies. Companies that embrace this big data aspect of their business are inevitably the most successful because they have an accurate understanding of their productivity efficiencies.

AI algorithms can help create efficient factory plans with profound insights into inefficiencies that are literally invisible to the human eye. A single process might be tightened by a millionth of a second, which might not sound like much – but when you consider how many milliseconds could be saved per hour, per day, per month, per year – it begins to account for big savings.

Machine monitoring is the more human approach to improving efficiencies in manufacturing businesses. By providing a universal vision of the entire factory floor, machine monitoring creates data that is immediately actionable by humans, relying on their unique ability to weigh up the options and make informed decisions.

Machine monitoring effectively networks your entire factory machinery to a single interface that provides real-time analysis of productivity, helping humans identify potential problems with processes before they happen. The data produced by machine monitoring systems helps to keep the workforce engaged in their activities by providing an accurate data depiction of their productivity, and keeping them aware of their contribution to the overall process.

So, yes – technology can be a daunting prospect, but there’s no stopping it. To embrace it is to take control of it, and to take control of it in the early stages is to create a safe working environment for everyone, and options for people to find opportunities in other areas of the business if their job is replaced by a machine.

Machine monitoring systems offer one of the most versatile of all the new technologies because it creates co-dependency between man and machine; rather than simply surrendering to our more efficient, tireless digital counterparts.

You Can Connect All The Machines On Your Shop Floor Today!
Scroll to top Call Now Button
Book A Demo