The following case study demonstrates how FreePoint Technologies has successfully helped a customer increase efficiency by 69% over a one-year time span and saved them $325/day.

The customer is a modern machine shop located in the border region in Mexico. The shop has 4 Electrical Discharge Machines (EDM) that are critical to the company’s production. The following figures demonstrate the impact of FreePoint Technologies’ system.

The image below (the before scenario) shows pertinent productivity information from these 4 machines from a typical day in October 2015. The blue bars illustrate the EDM machines’ run times for a 24 hour period and the white gaps indicate the setup time between each run. Both the run (blue bar) & setup times (white bar) vary depending on the job. The shop, in the before scenario, required 24 hours of scheduled production time to produce a total of 43.5 hours of “value adding” activity using the 4 machines on that day.

The screenshot below illustrates the exact same 4 EDM machines shown one year later (October 2016). Similar to the previous scenario, the blue bars still vary in accordance with the jobs being run on each machine, however, the setup times (the white gaps between the blue bars) are now consistently smaller than the 2015 snapshot. The result from integrating FreePoint Technologies’ system is that less time is being lost between productive “value adding” periods. For the customer, this means that more value adding activity (specifically 57 hours on this day) occurred in less scheduled production time (two 8.5 hour shifts vs. three 8 hour shifts). All of the recovered lost machine time was then aggregated, and the machines were freed up for an entire shift. Not only does this decrease production cost for parts being produced, but it increases the plant’s capacity and ability to take on more work.

The image below compares the month of October 2015 to the same month, one year later in 2016. As illustrated in the graph, every day of the month in October 2015 had machine activity, meaning that employees were in the shop running the machines. In 2016, the machine activity occurred only on weekdays, freeing up most weekend shifts as well. This allowed the customer to increase their capacity and take on more business. The machine’s efficiency went up from 33% on a typical 24 hour day in 2015 to 56% on a typical 17 hour day in 2016 representing an increase of 69%. 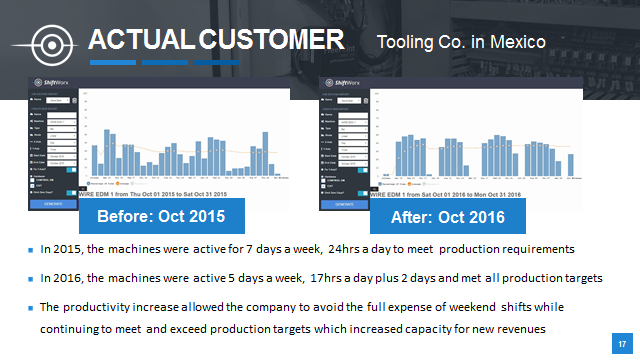 At that rate of productivity improvement, the system as implemented paid for itself in 20 days, and the cost of the ShiftWorx subscription is recovered in the first day of every month. It’s hard to beat that kind of ROI!

For more information on how a FreePoint system can benefit your plant, please contact paulh@getfreepoint.com 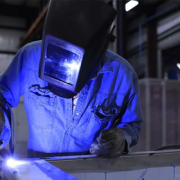 The Secret Behind Monitoring Manual Processes 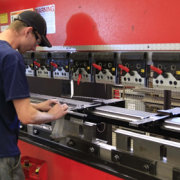 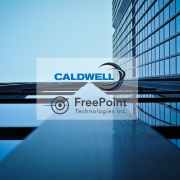 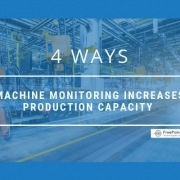 4 Ways to Increase Production Capacity (With the Same Headcount) 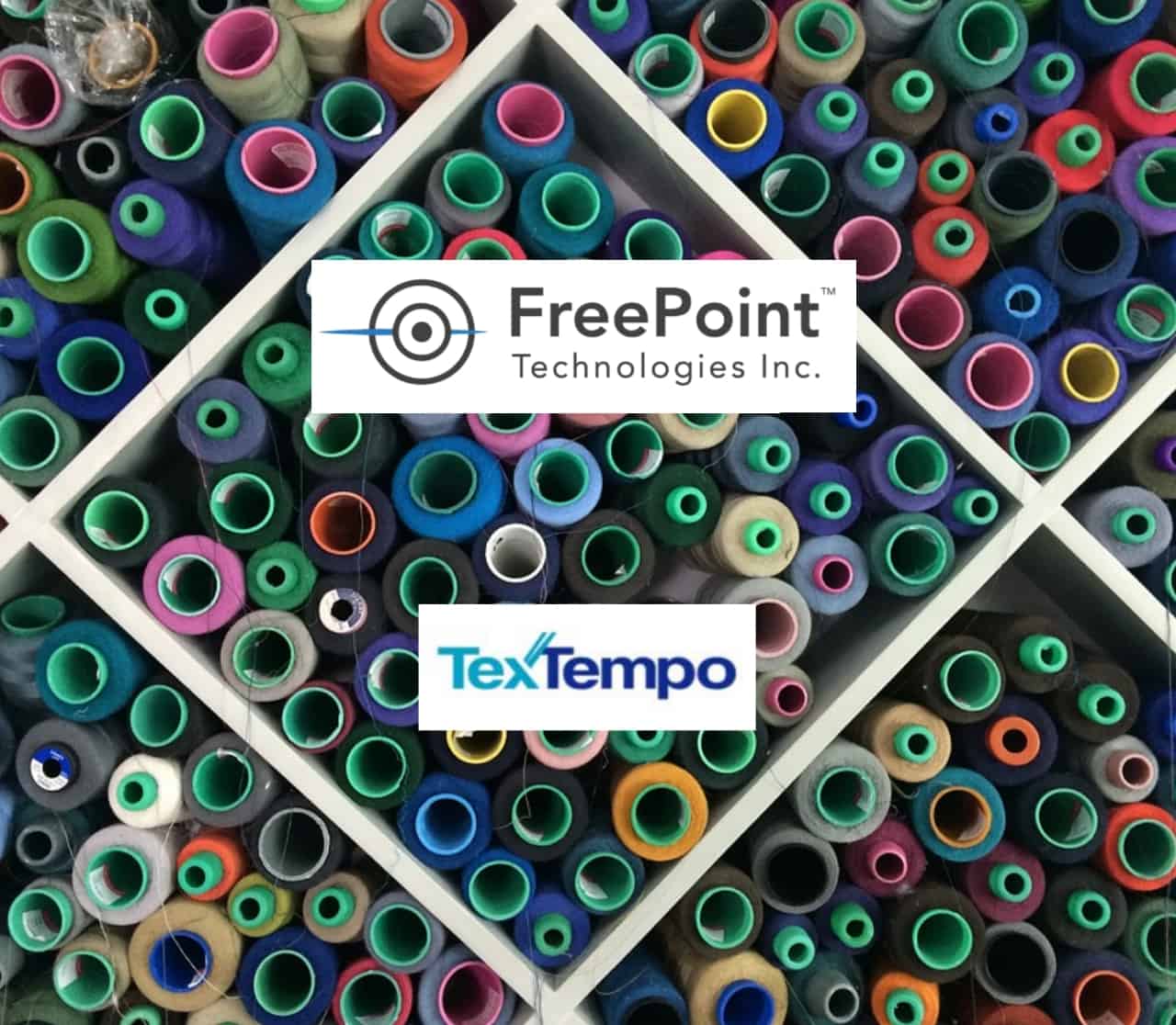 FreePoint Expands Into Soft Goods With TexTempo Partnership
Smart Manufacturing: What You Need To Know

Digital Manufacturing: The Future of the Factory is Now
Scroll to top Call Now Button
Book A Demo